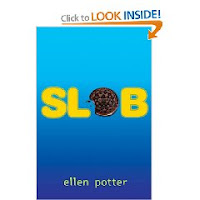 Every now and then you find a special piece of writing--special because it is written with honest emotion and heart. Those are the reasons why this piece by 7th grader Maren Huelsman was chosen for First Place--our Grand Prize Winner. (*Entries were published without correction by me or the teachers who submitted.)

Mission Cheetah
By: Maren Huelsman
Teacher: Emily Kling
I love cats. I’ve always dreamed about owning one; but not just any cat, the fastest and most elegant cat in the world, a cheetah. I know it’s crazy to even think a city girl like me would be able to have a cheetah. But they’re so amazing, graceful, and best of all, fast. These quiet animals stealthily stalk their prey while the only sound they make is a quaint chirp, no growl or roar.
I often daydream about ways to get a cheetah. My first idea was to break in at night and steal one from the zoo. The poor creatures couldn’t possibly be happy so I’d be saving them, right? Then I thought I’d go to Africa and rescue an orphaned cub from the wild. Unfortunately, the $200 in my bank account wouldn’t even come close to covering the expenses for that plan. I needed a realistic strategy.
One day my mom showed me an article in the paper about a nearby exotic animal rescue that had just acquired six new cheetah cubs. Could I find my cheetah here? These places had little security. It would take them a while to notice a missing cub. Armed with my best friend’s cat carrier and a strong sense of confidence that I could give one of these cubs a better home, I arrived at the facility. The place was nearly empty except for one of the animal keepers, who quickly noticed my connection with the cubs and invited me into the pen with them. He asked if I would like to volunteer at the facility. I immediately said yes, and came to conclusion that stealing a cub wasn’t the best plan, and I could live with volunteering. I wouldn’t exactly have a pet cheetah; but close enough.
Thank you, Maren Huelsman for a story that shows growth in the main character by becoming part of the solution for the baby cheetah cubs, instead of  simply grabbing what she wanted. !!!! HATS Off! BRAVO! APPLAUSE! TAKE A BOW, MAREN !!!!

SPECIAL BLOG ANNOUNCEMENT: I won't be blogging again until late June or early July! June is filled up with speaking engagements, but I'll be back! I have an exciting summer/fall lineup of guest authors and book giveaways for all of you! Have a fun and fabulous JUNE!

Posted by Clara Gillow Clark at 5:41 AM