Please welcome our good friend, Author Gayle C. Krause and join her in celebrating the people who served in the military. I think all of us have a family member, friend, or neighbor who has served our country. My own son is a proud Army Veteran and I am very proud of him and his service. If there someone you’d like to honor for their service, we would be honored to have you mention that person in the comments. 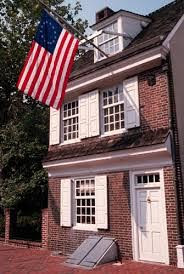 Our “Stars and Stripes” fly high on Veteran’s Day – in parades, in front of government buildings, in military cemeteries, and on citizen’s homes, much like the flag that flies in front of Betsy Ross’s house on Arch Street, in Philadelphia.

In the United States, Veterans Day celebrates the people who served our country in the military during times of war and peace. But serving our country did not originate with the conclusion of WWI, when Veteran’s Day was first celebrated. (November 11th, 1919). We could go back to The Revolutionary War to find people who served our country. And my main character, thirteen-year-old Perdy Rogers is one of them. In my story, it is she, not her employer, Betsy Ross, who created the first American flag.

Why can I do that? Didn’t we all learn that Betsy Ross made the first flag, the one with the thirteen stars in a circle? Well, yes we did. But unfortunately we now know that information has never been verified.

Mini-History Lesson  Excuse me, but once a teacher, always a teacher! 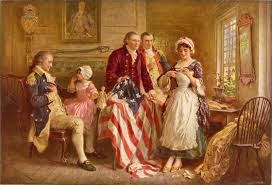 Actually, George Washington, George Ross (Betsy’s husband’s uncle) and Robert Morris asked anyone who was able to sew, to design a flag for the U.S. Continental Army.

So anyone who sewed could have designed the flag we know today as having thirteen stars in a circle and the thirteen red and white stripes, which both represented our colonies.
It wasn’t until 1870, almost 100 years after the Revolutionary War and 34 years after her death that Betsy Ross’ grandson, William J. Canby, presented a paper to the Historical Society of Pennsylvania in Philadelphia, claiming it was she who made the first flag. But he had only old family stories and no real proof. Even Betsy Ross never claimed to have made the flag, only the five-pointed star. 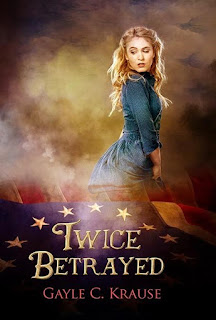 Accused of being a Loyalist spy, she hunkers down in the upholstery shop and makes a lap quilt for her little sister, who falls ill after Perdy sneaks her out of the house on a damp night to help friends carry out an elopement for an older girl.

But the next day the girl, a milliner’s apprentice, is found drowned with coded spy letters in her bodice, gold coins sewn into her hems, and a hand-written journal implicating an unnamed sewing apprentice in Philadelphia as her accomplice. Suspicious eyes turn to Perdy.

But Perdy is no spy!

Today, our flag still has thirteen red and white stripes that represent the original colonies, but the stars, which represent our states, now number fifty.

TWICE BETRAYED is available on Amazon both as an e-book, a hard cover, or a paperback. http://amzn.to/2A5KN7K

Below, children can make their own American flag in honor of Veteran’s Day, or replicate the first American flag. All you need for either is a photo of the flag and… 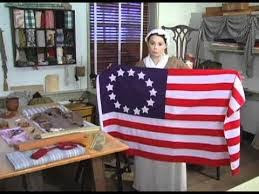 Doing something to celebrate Veterans Day with children is a great way to honor those who have kept our country safe. And reading TWICE BETRAYED together, might be a way to spur an interest in our American history. 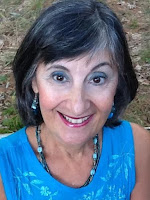 Gayle C. Krause writes Picture Books, Middle Grade, and Young Adult novels. She’s an active member of SCBWI, KIDLIT INK, and a past member of 12 x 12, the Historical Novel Society and The Poets’ Garage. She serves on the Rhyming Revolution’s Best in Rhyme Committee, selecting the best national rhyming picture book for 2015-2017. She was assistant poetry editor for Underneath the Juniper Tree, a dark fantasy magazine for children. Her work has been nominated for the Boston Globe /Horn Book and The International Reading Association Award. A Master educator, she’s taught Children’s Literature at the secondary and post-secondary levels and offers critiques for children’s writers through First Peek Critique, found on her website: http://www.gayleckrause.com.
Twitter - @GeeCeeK
Facebook - https://www.facebook.com/Author-Gayle-C-Krause-1407168276249450/

LitPick Book Review
5.0 out of 5 stars A great historical fiction

By LitPick Student Book Reviews on May 13, 2017
Format: Paperback

Prudence Charlotte Rodgers, or Perdy, is a thirteen-year-old girl who is apprenticed to Miss Betty Ross at a sewing shop. Because of this annoying job, Perdy unfortunately almost never finds any time to hang out with her friends. So when Lizzie and Jane Ann come by asking if Perdy would like to help them with something, Perdy readily agrees to join in. However, when an innocent little escapade one night turns ugly the next day, Perdy’s life is turned upside down.
Now Perdy is being accused of aiding a British spy! She is isolated from her friends and is even called to court because of misleading evidence found in her bedroom. Betrayed by one friend, aided by another, and then betrayed again, will Perdy be found innocent or guilty? Can she restore her name?

Opinion:This story is brilliant as it easily relates to the reader’s emotional senses and the need for justice. As readers follow Perdy, the main character, through this mystery, they will find themselves being drawn into an effortless tale woven together by both myth and truth. While the readers are attempting to solve the mystery of who is the real traitor along with Perdy, they also learn about the very real threat that spies posed to the U.S. during the Revolutionary War. Twice Betrayed is a marvelous historical-fiction mystery book that any teenager will enjoy! Reviewed by a LitPick student book reviewer Age: 14 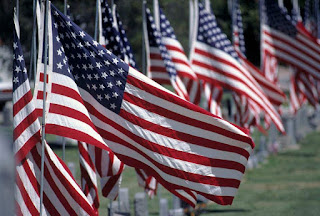 Thank you, dear readers, for joining us to honor our Veterans this week and all year round.

I’ll be back soon to celebrate a Book Birthday and giving thanks with Trinka Hakes Noble!
~Clara
Posted by Clara Gillow Clark at 5:09 AM