Author Natalie Harnett shares about her journey to publication + Giveaway

Please welcome a dear friend, Author Natalie Harnett, whose debut novel and background story to publication is perfect for starting off the New Year! Natalie is generously donating an autographed copy of her novel,  The Hollow Ground--an extraordinary debut of literary fiction. For a chance to win a copy of this award winning book, please leave a comment below for Natalie. Thank you!

My Journey to Publication by Natalie Harnett 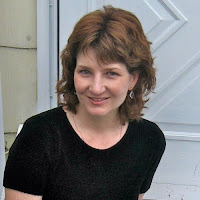 I grew up in Queens, New York and for as long as I can remember, I’ve wanted to write. I think my love for language came at a young age and was fostered by the many afternoons I spent reading early twentieth century poems to my maternal grandmother. My family’s love of made up words and my paternal grandmother’s broken English—she was an ethnic German immigrant from Slovenia—also helped.

Though I did well in school, I had a poor understanding of grammar until I taught it to myself during my first year of graduate school. Oddly enough, I think my lack of knowledge of grammar and punctuation gave me a kind of freedom with language that I wouldn’t have otherwise felt. It seems strange to say, but I’m actually glad I didn’t learn grammar until I was an adult!

During grad school I wrote a novel and then later wrote several others.  Those novels won some literary awards but never got published.  In a way, I’m grateful for that. I don’t think the writing in them is as strong as the writing in my debut, The Hollow Ground, and if they’d been published, I’m not sure how well they would have done.

Those previous novels were all in third person and were inspired largely by personal experience.  By the time I was ready to start The Hollow Ground, I knew I wanted to start something new.  I wanted to try first person and I wanted to do something that I had not personally experienced.  My mom has always said that people love to learn something when they read, so I was thinking historical fiction.  I love history.  I also always start with place when I write, and the place that my imagination kept returning to was the city of Carbondale, PA.

While I was a young child my grandfather lived in the Pocono area of Pennsylvania and through him, I became familiar with the nearby city of Carbondale.   There was something about the city’s steep, narrow streets and large old homes that called to me. From my grandfather’s neighbor I’d heard about how coal mine fires had sunk houses and poisoned people, but at that time, I’d had no intention of writing about a coal mine fire.  In fact, I didn’t even know about Carbondale’s fire until I started doing research on the city.

Gradually, as I learned more and more about that fire and the horrific conditions the residents had survived, I knew I also wanted to tell the story of the fire.  That’s when The Hollow Ground started to take shape.  Up until then, I’d thought the novel would be about a gift for healing that Brigid had inherited from her Auntie.  But the story of the fire soon overtook the story of Brigid’s healings, and I was forced to scrap the bulk of the novel I’d already written and start anew.

By that time I was pregnant and deeply concerned that I’d never manage to complete the novel once the baby was born.  As it turned out, I couldn’t have been more wrong.  My baby’s first year of life was the most productive writing year of my own life!  She had colic and I’d spend hours in a rocking chair, holding her in my left arm while writing with my right.  My incredibly supportive family also did everything they could to give me time to type and rewrite.  I couldn’t have done it without them. Now my daughter is five and it’s such a pleasure to see her get a kick out of ‘Mommy’s book’ being on a library shelf.  It’s truly a dream come true.

Currently, I have two projects in the works. One is an outline for a novel about a 64 year old woman, a former child refugee, who finally learns to love. And the other is a novel set in the 1950s that is inspired by my great grandmother’s and her servant’s lives.  My great grandmother was a diamond dealer, and she came over from Amsterdam under very shady circumstances.  Her servant was a white woman who was basically her slave.  That servant was never paid a dime, never had a day off and, once she became too old to work, my great grandmother gave her away to my grandmother.
Their story has haunted me since I was a little kid, and it’s been a very powerful experience writing about them.  What’s also been a powerful experience is learning, through my research, about New York City’s significant slave history. I knew almost nothing about it and that history gets incorporated into the novel as well. Oh, and my great grandfather’s Queens speakeasy gets some mention, too. 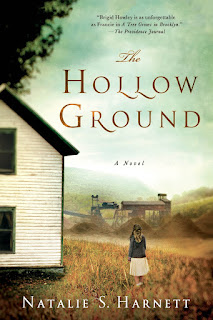 Review: The Hollow Ground by Natalie S. Harnett (Thomas Dunne Books). In this evocative debut novel, a 12-year-old girl narrates the story of her family's life in a mining town where the very bowels of the earth are ablaze. Brigid Hawley is as unforgettable as Francie in "A Tree Grows in Brooklyn," and hands down this is the best novel of 2014. ~Providence Journal

Plot summary: Inspired by real-life events, the underground mine fires ravaging a Pennsylvania coal town lead eleven-year-old Brigid Howley to make a grisly discovery in a long-abandoned bootleg mine shaft. In the aftermath, old secrets threaten to prove just as dangerous to the Howleys as the burning, hollow ground beneath their feet.

Honors and Awards: THE HOLLOW GROUND won the 2015 John Gardner Fiction Book Award, the 2014 Appalachian Book of the Year Award and was long-listed for the 2016 International Dublin Literary Award.


Natalie S. Harnett has an MFA from Columbia and has been awarded an Edward Albee Fellowship, a Summer Literary Seminars Fellowship, and a Vermont Studio Center Writer’s Grant. Her fiction has been a finalist for the Mary McCarthy Prize, the Mid-List Press First Series Award for the Novel, the Glimmer Train’s Short Story Award for New Writers, and The Ray Bradbury Short Story Fellowship.  Her work has appeared in the Chicago Quarterly Review, The Irish Echo, The Madison Review, The MacGuffin and The New York Times.

Learn more about the author: www.natalieharnett.com

Thanks, dear readers, for stopping by to read the post and share with us in the comments below. The winner of The Hollow Ground, will be announced in about a week. (If you're new to the blog, please include a way for me to reach you if your comment number is picked by random.org. Much appreciated.)