Thanks so much for all the comments and good wishes! Before I announce the winner, I knew you'd want to know more about Jan and his books. Here's a sampling of his YA books, but you'll want to stop by his website: http://jancher.wix.com/jancheripko and check out his books for younger readers as well.


SLJ Grade 8 Up: Chris Serbo, a senior, is an outside linebacker for the Valley View High School Dragons. He is also an alcoholic. His first-person story is revealed in two ways. Before each chapter, a brief italicized account tells what's going on in the present as Chris grapples with the Twelve Steps and, after football season is over, tries to finish high school at a rehabilitation facility that he's been forced to enter. In the main body of the novel, the troubled teen recounts his championship season with the Dragons, along with the downward spiral his personal life took due to his drinking. Cheripko portrays a young man whose mother died when he was five and whose absentee, career-military father is a drunk. Chris's two main pleasures, football and partying, are intimately detailed in the story. While the signs of dependency are all around him falling grades, lies, losing friends, Chris remains firmly in a state of denial. Only toward the very end of the book does he show that he might be ready to face up to his problems. While the locker-room lingo and dialogue are presented in a mild manner, the author doesn't hold back in describing Chris's stupefying behavior during his weekend binges. A frank account of an at-risk teen fighting for his life. Tom S. Hurlburt, La Crosse Public Library, WI 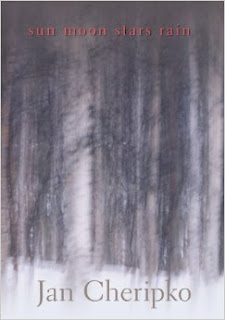 Booklist: sun moon stars rain. Gr. 10-12. Danny, 17, seems to have everything going for him, including a full scholarship to music school, but he drops out--and not because his girlfriend dumped him. He and his mom never talk about his dad, who died eight years before while rescuing a dog from the rushing river in their vital, rural community. Danny meets Stephanie, a beautiful single-parent mom, and he loves her. She reveals guilt about an addiction and more, and she helps him find peace in church. The religious message is understated; the issue that really drives the action is the locals' confrontation with the state officials attempting to confiscate land, but it's the honest characters, with all their scrappy, irreverent individuality and compassion, that grab attention. Fast, clipped, immediate, raucous (there are a few instances of the f-word), the dialogue is poetic; so is what's left unsaid. The simple words, and the spaces between them, reveal secrets, breakdown, betrayal, and love. Hazel Rochman

Don't forget to take a look at Jan's books for younger readers. Books may be purchased directly from him and personalized for you for holiday giving! Check them out here: http://jancher.wix.com/jancheripko

And now. . .the lucky winner of Jan's book is: auntiejenni Congratulations!
To receive your autographed copy of RAT please send your home mailing address here: claragillowclark(at)gmail(dot)com, and your book will soon be on its way!

Next up on the Holiday Giveaway is the multi-talented, author/illustrator, Lindsay Barrett George. See you soon!

Posted by Clara Gillow Clark at 6:18 AM