Who won NAAMAH and the ARK at NIGHT? Could it be you?


Starred review: Horn Book. “A lovely lullaby, in a beautiful, masterfully integrated book.”
Starred review: Kirkus. “This captivating interpretation creates a remarkable partner for Noah, who uses her special talent in a memorable way.”
What others say:
School Library Journal. “In an author’s note, Bartoletti explains the Arabic poetic form, the ghazal, that inspired the structure of her poetry. Young listeners who hear her bedtime verse will be aware only of its soothing rhythm carrying them to the final ‘Hush hush hush, good night.’”
Publisher’s Weekly. “It’s a story of quiet confidence and comfort, during trials of truly biblical proportions, as well as a gentle bedtime book.”

Thank you for joining Susan and me for her pre-book celebration and for sharing your intelligent and thoughtful comments! You get **stars**, too, for being so loyal and supportive!

And now the super lucky winner of  Naamah and the Ark at Night: Take a bow, SIOUX!

Sioux, Please e-mail me: claragillowclark(at)gmail(dot)com with your mailing address and the autographed book will be on its way to you asap! I hate to part with the book, but my copy will be on it's way August 9th when the book is finally released.

Next up is a book birthday giveaway--Historical fiction, a novel in verse, set in the heartland during WWII. It's splendid, I think! 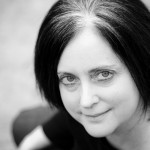 Naamah and the Ark at Night.  amzn.to/p2NyxU

What was the source of the inspiration for your soon-to –be-released picture book, Naamah and the Ark at Night? 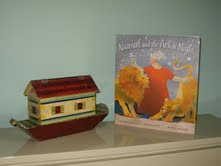 A very old wooden ark that sits on a shelf in my dining room.
As a little girl, when I visited my grandmother – my father’s mother – I played with the ark. I lined up the animals, two by two, and boarded them safely. I imagined the falling rain. The rising floodwaters. The ark tossing and turning on the churning sea. The screaming and crying people Noah left behind, pounding the gangway door, begging to be let on.
Okay, I’m just kidding about that last sentence, but this part is true: I was a very impressionable child. To this day, I remember clearly a coloring book illustration that depicted the terrified men and women Noah didn’t allow on the ark. And I was supposed to do what? Color it with my crayons? Colorize their terror? That illustration haunted me.


Susan,
Thank you for sharing such rich insights into the writing of Naamah and the Ark at Night. I am, as always, encouraged by your dedication to taking time as time is needed to create not just a new book, but a work of art.
Dear Readers,
Please take a moment of your time to leave a comment for Susan about her new book for a chance to win and receive an autographed copy of the gorgeous Naamah and the Ark at Night, before it's released to the public. The winner will be announced on July 29th. Thank you! We love you for your thoughtfulness! 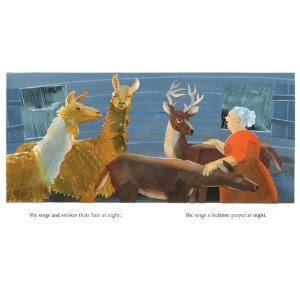 Email ThisBlogThis!Share to TwitterShare to FacebookShare to Pinterest
Labels: Naamah and the Ark at Night

THE LUCKY WINNER of THE SUMMER OF HAMMERS AND ANGELS 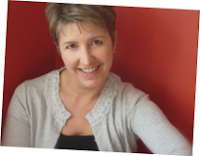 I didn't intend to lie about WHEN I was going to announce the winner of debut author Shannon Wiersbitzky's  www.shannonwiersbitzky.com first novel, the summer of hammers and angels for middle grade readers, but, alas, that's the way it turned out. Sometimes, LIFE makes other plans for us, and I'm sure you are all well-versed in sudden interruptions that delay your best laid plans and goals. But I'm here now, and eager to ANNOUNCE the LUCKY WINNER!

First, I wanted to share a terrific review of  the summer of hammers and angels from KIRKUS:

THE SUMMER OF HAMMERS AND ANGELS Author: Wiersbitzky, Shannon
Publisher: namelos
Angels in the form of members of the First Congregational Church of Christ come to Delia Burns' rescue after lightning strikes her house, leaving her mother in a coma and Delia trying to do the long list of repairs left by the inspector who has condemned her home.

Set in Tucker's Ferry, W.V., this idealized picture of small-town cooperation recalls a simpler time. There are no electronic devices beyond the television in the corner of her mother's hospital room and no chain stores with computerized inventories. There is also little supervision of the children: hard-working, resourceful Delia, her flighty friend, Mae, and mean Tommy Parker, who turns out to be both helpful and handy with tools. Delia’s age is never given, but the first-person narration reflects her innocence and naïveté. Thanks to summer Bible camp she knows something about religion. She wonders about the efficacy of prayer and the existence of angels. She hasn't gone regularly to church like the Parkers, neighbors who take her in after the lightning strike, but her conversion is swift. After two weeks of porch carpentry, ivy-pulling and screen-mending, she’s ready to ask for help, which arrives in true feel-good fashion.

The heartwarming conclusion is an unlikely miracle, but it is entirely in keeping with the flavor of this nostalgic story, which will leave readers hungry for fried chicken and Coke from glass bottles. (Fiction. 9-13)

Please take a moment to congratulate Kristin! You, dear reader, may be the lucky winner next time!

And next up will be an interview with the award winning author, Susan Campbell Bartoletti, about the writing of her soon to be released picture book, Naamah and the Ark at Night published by Candlewick Press on August 9th. You'll want to stop by and leave a comment for a chance to win a hardcover, autographed copy of this gorgeous book before it is released! How cool is that?
Posted by Clara Gillow Clark at 11:25 AM 8 comments:

Email ThisBlogThis!Share to TwitterShare to FacebookShare to Pinterest
Labels: Summer of Hammers and Angels

(see jacket and link below) A brief bio: Shannon Wiersbitzky was born in North Dakota, but grew up in West Virginia, Florida, and Minnesota before her parents finally settled down on the East Coast. Her days have three clear parts, writing, “regular” work, and family. Shannon lives in Pennsylvania with her husband and two young sons. This is her first novel. Learn more about Shannon at www.shannonwiersbitzky.com
****
My first novel, The Summer of Hammers and Angels, officially launches today.  Hooray!  If we were all together, I’d be sure to offer you a drink and an appetizer.
The book tells the story of a young girl, Delia, and a summer that starts off about as bad as any summer could. An inspector threatens to condemn her house and her Mama is struck by lightning. To make matters worse, with no other family to speak of, Delia is forced to move in with her neighbor, Tommy "as-dense-as-a-stump" Parker.
With her best friend, Mae, and Tommy (but only because he seems handy), Delia resolves to tackle the long list of repairs, one by one. What she discovers is that it takes more than energy and willingness to handle some problems. When things go from bad to worse, Delia has to take another tack, one that starts with admitting she just can't do what needs to be done without a lot more help.
I started writing the book back in 2007. Driving home from the SCBWI Pocono Conference, full of vim and vigor and inspiration, I realized there was this voice in my head. Now keep in mind that when I drive alone I usually have the radio on full-blast and can often be spotted singing at the top of my lungs, so this voice had to work hard to be heard. The voice was Delia’s, the main character.
So there I was, driving down the highway, with all these poorly behaved words pushing and shoving, trying to get out and I began saying them aloud. I was fearful of forgetting them before I got home, so I simply repeated them over and over, adding a new sentence at the end each time, then repeating again. I became so engaged with this voice that I completely missed my exit home. The first chapter as you’ll read it today is very close to the way it came to me on that drive.
Easy, you say! Piece of cake!
Not exactly.
I’m a big believer that most authors are collectors.  Hoarders really. Over the course of a lifetime, we gather up words, phrases, expressions, habits, experiences, signs, stories, outfits, and anything else that strikes us as interesting, and we store them away in the deep recesses of our brain. Sometimes we don’t even know we’ve boxed them up until we begin to write and then there they come, unpacking themselves and clamoring to be put on a shelf, or in a chapter as the case may be.
The Summer of Hammers and Angels, is the result of some of my collecting. Since middle-school, I’ve been involved with Habitat for Humanity. I was maybe fourteen when I took a trip to upstate New York with my church. As we spent our days fixing and building, several women from the community made us these huge lunches, fried chicken and baked beans, collard greens with bacon, and macaroni and cheese. I remember saying thank you to one of the women and she responded, “Oh no, thank you! I could never do what you’re doing. All I know how to do is cook fried chicken.”

I can’t recall if I answered her or not, I was so struck by what she said. It was shocking to me, and sad, but I could see that she wasn’t sad. That little bit, is tucked into one of my supporting characters, Miss Martha.
Although the beginning of the story came easily, and I had a clear vision of the end, the middle was a struggle. I had a dad in the story at one point...he got tossed. I had some Habitat-type volunteers in at another point....they got tossed. There were spiritual angels...they got tossed.
The art of writing is the revising. My editor, Stephen Roxburgh, calls it re-visioning, and I think he’s right. Revising implies tweaking words that already exist, but for many drafts, something more dramatic is needed. What if this entire scene wasn’t here? How could my characters learn what they need to know in a different way? What if this person were gone? How could the main character interact with others to still accomplish what they need to?
These aren’t easy questions. Re-visioning takes work, an open mind, and maybe even a doze in the sun or a glass of red wine by the couch. It also requires that an author give up something they thought worked, or words they’ve grown attached to, and try something new.
At its core, The Summer of Hammers and Angels is a story about hope. About hope and  faith, family and community.
Because the book was inspired in part by my community work, I’ve committed to giving back a portion of the proceeds to Habitat for Humanity. When you read the book (and I hope you will!) you’ll see this noted near the copyright information.
Thanks so much, Clara, for letting me blog today. I do hope your readers enjoy the book!

Thank you, Shannon, for sharing wonderful insights and the wisdom that went into your writing and revision process. Those questions raised by your editor, Stephen Roxburgh, namelos, are priceless.


Please take a moment to congratulate Shannon on the release of her book, The Summer of Hammers and Angels http://amzn.to/l2gCWZ
And be sure to visit Shannon here: www.shannonwiersbitzky.com

The Lucky Winner of  The Summer of Hammers and Angels will be announced in one week!